This week I travel to many places. It was a tiring week since I had a monthly seminar on December 20th. The monthly seminar is a presentation where I should present my research progress to all laboratory member include my professor. It was really tiring because I had to analys the data that just come 2 days before the seminar. The program to analys my the data was error so analysing the data became very difficult. But, well, nevermind,.. it is already passed.

Now lets talk about traveling. last December 20th, before I presented at 6 pm, there was a cooking festival held by Sato International Scholarship Festival (the foundation that providing me scholarship). We cook many foods from Indonesia, Vietnam, Malaysia, and (I forgot, maybe Laos or Myanmar).  Indonesian group made Gado-gado and Soto. I was very happy I could eat that. It was more than 3 months I had not eat Soto.

After the cooking finished, we had a lunch together with all scholarship foundation member. I ate a lot since I didn’t had my breakfast ;p Short after the luch ended, there was a Mochitsuki (Making Mochi – Japanese traditional sweet made from rice). It was really unique, the cooked rice was  pounded with wooden mallets (kine) in a traditional mortar (usu). Two people alternated the work, one pounding and the other turning and wetting the mochi. They must keep a steady rhythm or they may accidentally injure one another with the heavy kine. 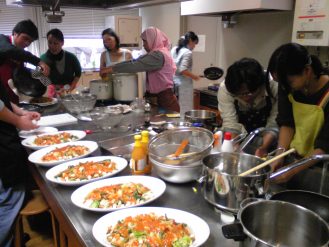 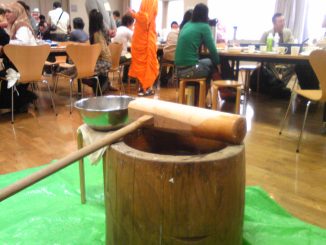 This week, 23rd December, Me and other Indonesia friend went for Tokyo Tour. The first place we visited was Imperial Place. There was emperor birthday ceremony so the palace was opened. The emperor building is only opens two times a year, the one is on 4nd february and the other is on Emperor birth day. There was no any big cellebration. Just thousands of peoples gathered in front of emperor building and heard the emperor speech for 5 minnutes. After that we travel around the palace and took many pictures ;p The palace was really big and has beautiful architecture. You can see through the picture below. 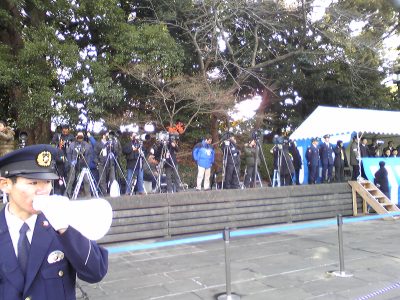 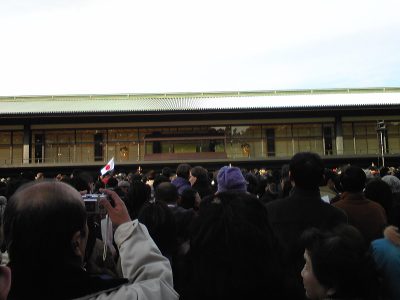 After we visited Imperial Palace, we went to Tokyo world’s most famous landmark, Tokyo Tower. It was my first visit since I came to Japan 3 month ago. I came at about 5 pm. The sky was not so dark but the tower lamps were about to be turned on. We can see the gradient of light in the picture below. 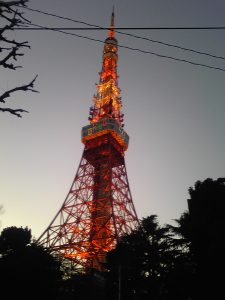 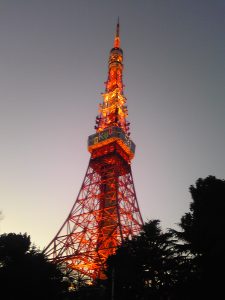 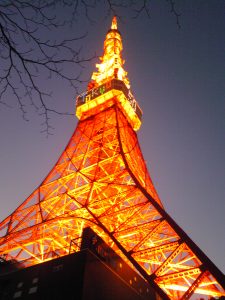 The tower has 333 m of height. It made by steel truss. Beneath the tower was a 4 story building that consist of Museum (About Japan, Wac Museum, World Record Museum, Souvenier store, and elevator to the top of tower). I didn’t go to the top of tower since we have to pay for about 900 Yen for the first observatory (150 m) and 2000 yen for the topest observatory (330). But, just seeing the tower is wonderfull enough. I still didn’t belive that I was there, the scene that I can only seen through Japanese Dorama before I came here

After TokyoTower, I went to Shio Dome, We went to Caretta (maybe some shopping super block). There were many christmast illuminations. It is a constelation of small lamps usually avilliable durring christmass cellebration. Although most Japanese are not christian, the still celebrating the christmass (maybe the consider it as a culture).The illuminations were very beautiful, you can see the pictures bellow. 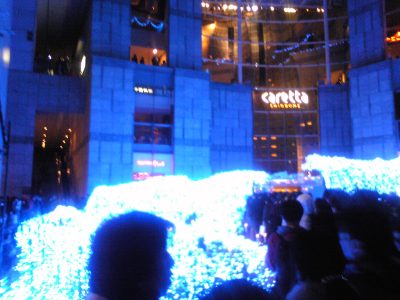 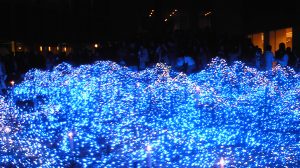 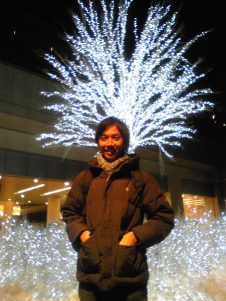 2 thoughts on “This Week Travels” 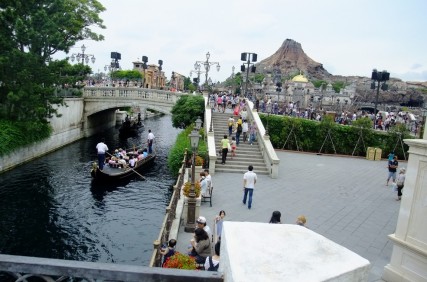 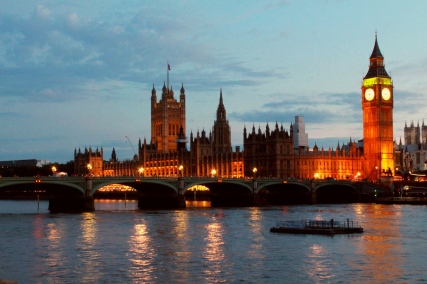 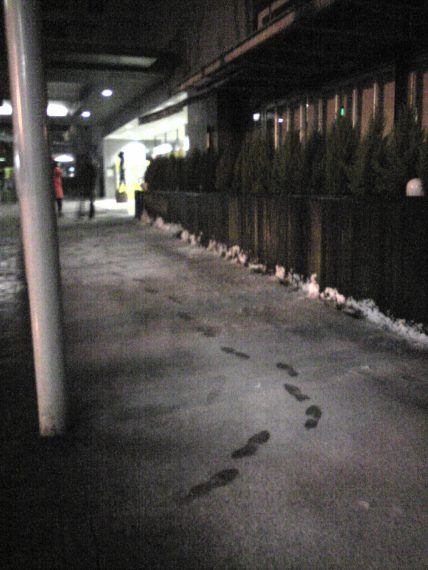 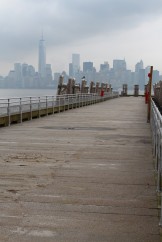 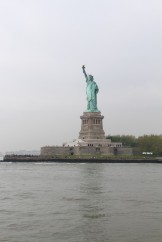 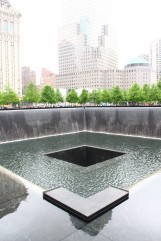 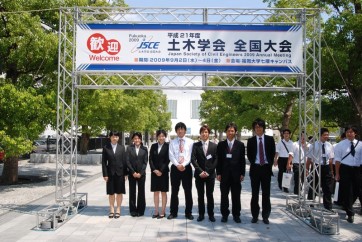 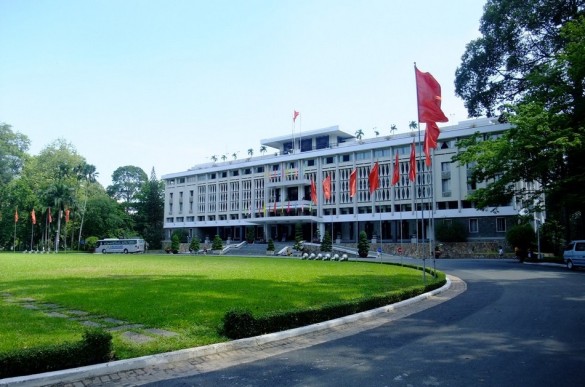 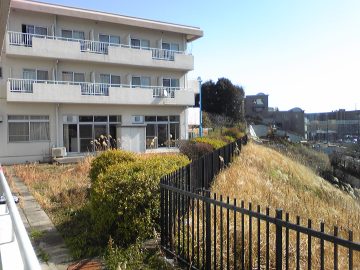 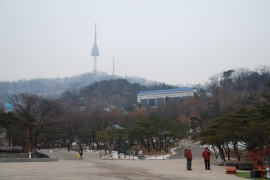 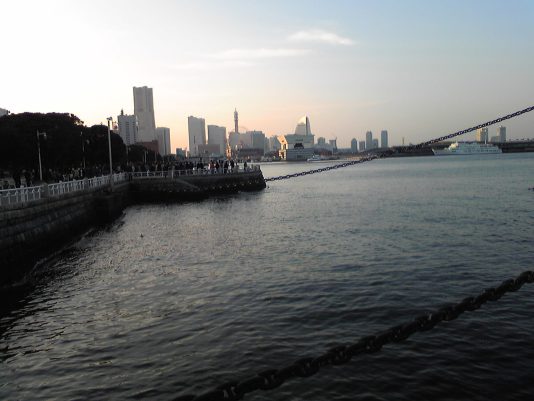 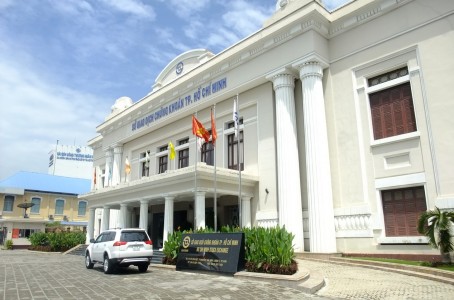 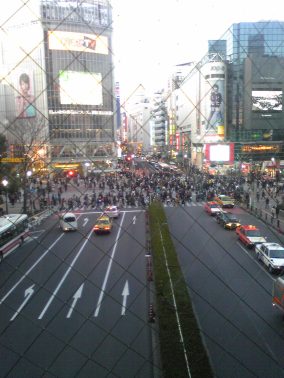 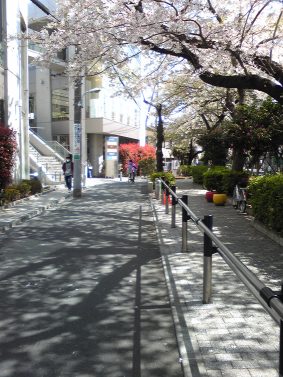